This week I commemorate two years of living in The Treehouse, and the metamorphosis from shadow artist to blissful writer.

I could never grow roses until now. 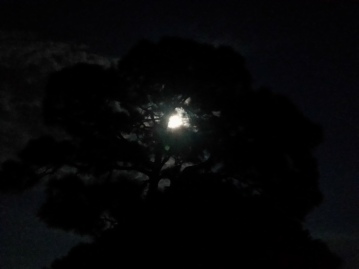 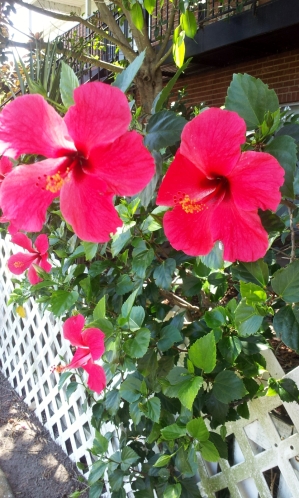 These stopped blooming after Bear left

Bobby’s first day in The Treehouse

Bear under the pine canopy

During the journey, I made time to answer questions long unaddressed, by reading, reflecting and journaling. Constant journaling. This particular journal entry is one of my favorites; for one, expression of style really emerged, as well as the deft means of engaging the question concerning care, utilizing Martin Heidegger’s philosophy, applying modern attributes.

The chatter is loud, close by. I go outside to find the officer or police car it emanates from, but no success. I hear mumbles and then, “little boy.” No one’s outside, which makes me think the radio chatter is happening in the building. Which makes me want to know the unknown. It’s not interesting to re-hash what I already know; not for me. I prefer fresh unknowns becoming knowns. I want to know that the police chatter that I can hear but not see has to do more with the dysfunctional family that seemingly reanimates when inconvenient. Spectors the whole of them; when they’re here there’s constant calamity. Taking my past situations, then, I consider them responsible for the police presence. Knowing the loud and brash daughter of the clan has an infant, I relate “little boy” in reference to him, the poor result of an entrapment which leads to the loud girl’s constant abuse from her baby daddy, who has also recently manifested. Taking present circumstances, I deduce the small family is at war again, he volleying with fists, she mouthing off to anyone in range. Future implications as far as the involvement of police, the history of abuse, the negligence of the child’s safety leads me to summate that the state will have to intervene by either a parent in jail or the child in custody. I await satisfaction but may never receive it. Thus the unknown unknown.

I don’t believe Rumsfeld ever deliberately did not want to know a thing, but he sure knew when to not Care when he did know a thing. The police chatter is long gone, and I am left with a known unknown. There is an opportunity to revisit Angst to chew over the bits and pieces of discovery, understanding, and past thought. In the act of visiting the concept, Angst allows opportunity to discern whether or not to frame the result as Care or as Known. For there are things we can know and not care about, like Donnie’s knowledge of no such weapons of mass destruction, or we can know it, care about it, enough to do something about it, such as Rumsfeld’s lobbying of Congress to increase defense spending towards a cause greater than the truth of WMDs.

The question is, do I care to know why the police chatter about a little boy occurred near my house? Or do I want to know the components of which introduced the chatter, so that I can merely check against my list of factors and see just how accurate my deduction was? Does it matter? That’s where Care comes in. In this moment, I offer to Angst a reminder that conflict enrages me, cause me to latch on and mull over the offender, occupies my consciousness with a furious want for resolve. It is best, as my own healer, to bade off the angst of the chatter, because if it becomes Care, I’ll become resolute in solving a mystery that doesn’t have to be solved by this mind.

I drop the frame of Care, and be satisfied that I have a known unknown.