I took the flower bouquets I received Friday night and consolidated them into one mongo bouquet on the kitchen island. The vase it rests in is the same one from the exhibit, a gift from lady Brigid, the Bringer of Light. I wanted to depict onstage a woman’s womb and its power to birth beauty, thus the addition of the bouquet to the dais. Real flowers this time in the vase; they make me smile widely.

It is a strange morning. What had consumed my time, energy and effort these past few months is done, gone. I woke up thinking, what to do now? I took the healthy route and scaled down my interests just so I could concentrate fully on developing this creative piece. In doing so, I freed myself of unnecessary worry. But it’s done now, and I feel a bit…naked.

Let’s reflect on the exhibit itself. By the time I had horns on my head, I was ready to go. I had complete faith in each performer, on the attending crowd, and the spiritual energy in the theater. I smiled big the whole night. When I performed, I gave myself to the stage. I honestly can’t recall doing my poetic recitations, but I know they happened. I remember looking into the crowd, finding the faces of my friends. I remember feeling the heat of the lamps pointed center stage. I remember feeling empowered, thinking, “I am good at this!” as I laughed into my next recitation. I gave myself lines and not one, but two sets of poems to recite. I did not mess up. I am proud of me! 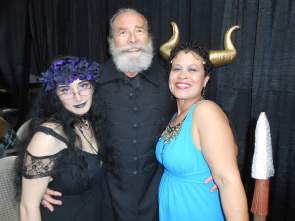 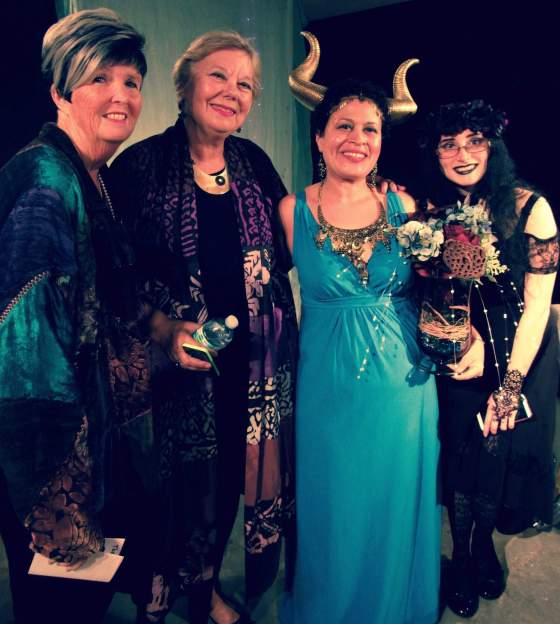 The first poem I recited is an actual poem written by Enheduanna, the high priestess of Ur and first poet of recorded history. It’s actually the invocation portion of an epic poem, Inanna and Ebih, In-Nin-Me-Huš-A, which means “Lady of Blazing Dominion.” You know what I use as a mnemonic? Bon Jovi’s “Blaze of Glory.” I play the chorus in my head, then I launch into the whole poem.

The second poem is an original I wrote earlier this year. It’s a poem about self-discovery and taking chances. It was a story I wanted to tell about me in the search for footing in a 21st century world. I figured it fit with the story of Enheduanna’s difficulty in pleasing the world, leaving her unfulfilled. Until the goddesses hear her desperation, Enheduanna suffers the part. This is so common, especially with modern women. We sit there and stew in our troubles instead of reaching out. Yours truly is a culprit of this activity. Thus, I turn around and encourage the high priestess to reach beyond and find her potential amongst the cosmos. If you can’t find inspiration in this world, be inspired by the worlds beyond.

Today I feel like I released a bird to the sky letting it fly and be part of nature. The exhibit belongs to the artistic ethos now, out of my hands, existing as its own pulsating thing. Today I should allow myself to breathe. Friday was a fantastic night. Today should be a quiet day.