The author weighs in on the opinion of reading fiction to qualify to write fiction. 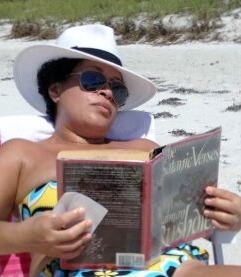 Tools of the trade include questionable sanity! 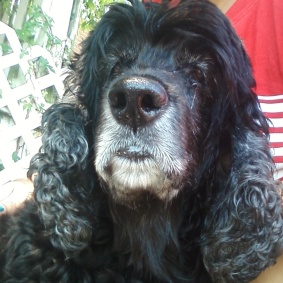 “To be a good fiction writer you have to read fiction.”

Is this true? I’ll offer substance for both arguments.

Don’t Read In Order To Write

Many writers’ blogs warn of the death of the book, but I’m not that apocalyptic. Imagination in and of itself is not dead. Video game and movie plots interpreted from novels have evoked so much curiosity that people are investing in the original medium. For example, this past Monday I took myself on an Artist’s Date to watch Baz Luhrmann’s interpretation of The Great Gatsby by F. Scott Fitzgerald. I read this work in 7th grade, and then again in 10th grade, and revisited it a week ago. When I watched Baz’s version, I truly enjoyed the story. But one thing didn’t change since 7th grade: I still can’t stand Daisy Buchanan! During Baz’s interview on The Colbert Report, he mentioned there were more sales of the book leading up to his movie’s release than there were sold collectively when the author was alive.

I’m reading Ian Fleming’s 007 series as my summer book challenge. As Fleming wrote Bond, he considered how the character would appear on screen as well as along his pages. Was he reading a whole bunch of mystery novels and collaborating with other authors in the same genre? Not at all. Fleming was writing in one medium, but considering another medium as he typed his words. This was the beginning of the 1950s, y’all. How could this not be applicable in the Twenty Teens?

Read In Order To Write

From an artistic standpoint, this makes sense. During the development phase of I Blew Up Juarez, I read a myriad of works, fiction and non-fiction, as research and to supplement my story presentation. Of course, avoiding abject plagiarism or mimicking. I am my own artist, and my story is delivered with my creative essence. However, there were specific works that I wanted to experience to support the messages I want to convey in my novel.

From a marketing standpoint, this also makes sense. If you’re writing in a certain genre, you’re gonna want to attract the readership of similarly focused authors. So if I want to promote a book that features a strong female protagonist challenged by supernatural beings, I would look up works in a similar vein and read them to get an idea of how those authors present that type of story.

I contend you don’t have to be a book reader to love a good story, and thanks to the imagination and creativity of the digitally-inclined, a good story can be enjoyed in a multimedia format. Such is my business model. I look forward to releasing I Blew Up Juarez as an e-book and a physical paperback. I absolutely see this work in movie format. My editor thinks it could be a video game. My question is: where are we on action figures? Are they still a thing…?

One thought on “To Read Or Not To Read?”