The author collects her dreams as resources for story and character development. 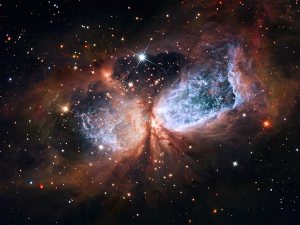 Recently entered in my morning pages:

I had been dreaming. Argument between people, and I had to come between. We were a space colony, and the isolation was getting to people. But it was a fight between an adult and a young teen, the kid angry with the adult to the point of shoving. I snatched at them both and sent them in opposite ways. Later, I was slicing up a large, red, boiled egg. As I buried the blade of my spoon in its mass, a bit of boiled yellow would draw up and I began to make sort of a Fabergé pattern with the yellow yolk along the red skin of the egg. ‘I was trying to keep the peace around here,’ I lamented to someone in the room, unseen. I suppose the topic in the colony was I shouldn’t have gotten involved. But I had to. I was there to maintain order. And they were fighting over some dumb [expletive deleted].

This was an actual dream sequence I had, prior to waking up at the sound of something dropping into the kitchen sink. 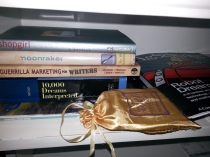 I can use it as a writing prompt to develop a scenario where a recently arrived colony on Mars has to learn how to be a community in isolation. It could be the story of the person who broke up the fight. Why was he/she/it put in charge? Could explore the perspective of the boy who started shoving the adult. And what about that egg? Was he/she/it going to eat it? Or was he/she/it performing an experiment? The room he/she/it was in was dark except for the space at the table. The red was really red. The yellow, very yellow. But everything around it, including the spoon, was grey.

It does help to capture these dreams in my morning pages, just in case I’m feeling uninspired or blocked. Been dreamcatching since a child, but not until recently did I find it good practice to note these dreams in journals or my morning pages. I’ve got pages and pages to refer to. In that aspect, I’ll never be without a writing prompt or a possible storyline.

I Blew Up Juarez includes actual dream sequences that I took straight from Dreamland and stitched into the storyline. I love these dreams and where they take me. And before you suggest there is induction to these sci-fi like sequences, no, I don’t medicate on, imbibe, or ingest anything prior to bed! I merely relax, I embrace the silence, and I whisk away.

My publisher and I have made significant progress in bringing my action-packed story to a completed state. I thought I’d introduce a bit of the novel to all you awesome people. If you’re in the Saint Petersburg area on June 12th, I’ll be reading from I Blew Up Juarez at Irene’s Poetry Night and Open Mic, located at 3747 34thSt South, behind St. Bart’s in the thrift store. You read that right, and it’s an amazing venue. Come check it out!

One thought on “Lay Back, Close Your Eyes, Enjoy the Ride”